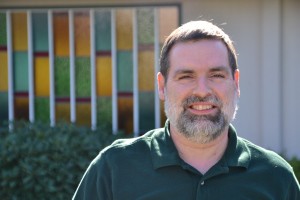 Pastor Marc Rice answered the call to be our Pastor in December 1999 and began his work here in April 2000. He was newly ordained after graduating from Christian Theological Seminary in Indianapolis, Indiana.  Pastor Marc and wife Janet are both originally from the northwest and had lived in Indiana for seventeen years before returning. They have two children who attended Montesano schools. Their son Ben went on to study at Central Washington University and continues his interest in music performance and physical fitness training. Their daughter Courtney went on to study at Anderson University, was ordained and is currently the Senior Pastor at Edmonds Church of God. Janet is very involved in the ministries of the church. She leads the Women of Faith group and helps out in many ways. Marc’s grandfather also used to be a pastor in Montesano.  Pastor Marc is active with the Montesano Ministerial Association and volunteers as the Chaplain for the Grays Harbor Sheriff’s Office, Montesano Police Department, Montesano Fire District and Fire District #2. In Marc’s free time he enjoys playing his guitar and attending Montesano Bulldog sporting events with Janet.